Do You Really WANT It…?

Do You Really WANT It…?

“I can’t eat that” or “I have to work out.” These are very common phrases people say who are trying to get in shape or improve their fitness. When I was a personal trainer I heard these phrases ALL THE TIME. I even used to say them especially when someone would ask me if I wanted to indulge in a food that I knew was counter to my fitness goals. Little did I know that HOW we perceive our fitness journey mattered more than almost anything else in terms of long-term success and consistency.

When a personal trainer first starts their career it's all about learning the most effective workouts and diets and I was no different.The first half of my career I learned all about proteins, fats, and carbs. I learned about calories in vs calories out. I learned about biomechanics and exercise technique. I obsessed about these things and became somewhat of an expert yet if I was being truly honest with myself I wasn’t really helping a majority of my clients. Sure there were the “highly disciplined” clients that just did what they were told but they were the exception rather than the rule.Most clients would see some success with me and then would waiver and plateau. If any of them stopped training with me (personal training is pricey) then it was just a matter of time before they got right back to where they were before they met me. It was incredibly frustrating for me because I really wanted to see my clients achieve permanent long-lasting success.

The second half of my career this situation got under my skin so badly that I became entirely frustrated with fitness. Why couldn’t I help these people? Were they just lazy and undisciplined? This is when I decided to dig much deeper.

I started to focus on the “why” instead of the “how.” I already knew how people could get themselves in shape…in other words, I knew the process and the steps but what eluded me was why they just didn’t follow them.What could I do as a trainer to get people to make long-lasting changes? What were the “blocks” that stopped people from achieving goals they sincerely wanted to achieve? One day while at a family function it came to me. 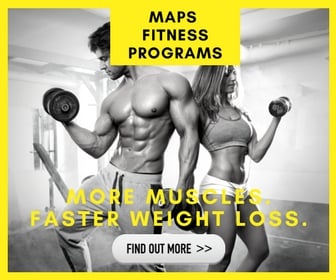 “Hey Sal, have a piece of cake” my cousin yelled at me from across the room. My family knew I ate a very regimented diet but they always tried to convince me to go off the rails.“No thanks man, you know I can't eat that” was my reply. Then he came back with the typical “oh come on man, it's just one piece, you will still be fit and lean tomorrow.” He is incredibly persistent…we have gotten over arguments over this very topic. This went back a forth like it usually does until I thought of something different...I told my cousin that I DIDN’T WANT THE CAKE.This worked like magic and he left me alone. “That’s interesting,” I thought. When I said that I couldn’t have the cake it was a debate but when I said I didn’t want the cake he left me alone. Very interesting…

The next day I thought about that interaction all day.Why did changing my phrase work so well? Then the more important question came to me…why do I always say I CAN’T eat something?? Of course, I can eat something…unless someone is forcing me. “Wait a minute,” I thought, “I am forcing myself.” BOOM everything became clear.

Whenever we decide something is important we make a plan to MOTIVATE and DRIVE ourselves to follow through with that plan.If the plan is especially challenging we literally create two identities within ourselves. One of them is the person we identify.The person who needs to lose weight, get in shape etc. The other person is the dictator or the tyrannical boss who FORCES us to follow through with the plan.This is quite effective in the short term as we can “force ourselves” to do things we feel we don’t want to do, but this is disastrous in the long term because no one wants to be oppressed for the rest of their lives.

Think about it, how many times have you done this to yourself? One of you forces the other to obey. This works until the side of you that you identify with finally cant take any more oppression and then you rebel.This is why you are strict until you decide “screw this” and you “go off the rails” or “fall off the wagon” and it's usually in a VERY big way. It's not just one small bite of cake its two whole pieces.It's not one or two missed workouts, it's quitting for months or years. This is largely due to how we perceive what we are doing. Perceive it as tyranny and you will eventually rebel. Perceive it as something you choose to do and as something you want to do and there is nothing to rebel against.

Personally, I never had an issue with diet and exercise but I did have a major problem with household chores.Good god did I HATE doing them. I was raised in a very old school stereotypical Sicilian family where my mom did everything in the house.I rarely made a bed or washed a dish growing up. In fact the few times I did do things around the house it was because I was being punished.It's no wonder that as an adult I identified house chores as a punishment (similar to how people view eating healthy and exercising). I couldn’t stand doing them and, as a result, I contributed very little in this regard.Once I realized that I wasn’t being forced, but rather, I actually WANTED to do these things (I liked a clean organized house) I changed how I perceived things. Once I realized that I only felt forced because I took the time to create a second version of myself who would tyrannize me to do things around the house, I eliminated that version of myself who lived in my mind and simply realized that I wanted to do these things.Instantly they became less arduous and, in fact, became meditative at times.

I started teaching this concept to my clients and their results dramatically improved.The best part was that they started experiencing far less stress and anguish over working out and eating right. Once they realized that they actually WANTED to exercise and eat right the rest was easy.

Think about it this way, you know and acknowledge that eating a particular way and exercising a particular way is desirable enough that you actually took the time to create a separate version of yourself who would force you.As silly as it sounds its all the evidence you need to see that you actually WANT to do this. Kill that other tyrannical version of yourself. Stop forcing yourself and realize that you want this. When you say no to a particular food its because you don’t want it.Sure you like how it tastes and you will enjoy it momentarily but you don’t want to trade that for how it will make you feel or how it will impact your health. When you work out it's not because you have to but rather its because you want to. Sure it will hurt a bit and is challenging but its worth all the benefits you want to happen to your body and health.

This is true when you decide you do want to skip a workout day or if you actually do want to eat that piece of cake (or other food).In those occasions, you will realize that it's not that you are “going off the wagon” or that “you are rebelling” but rather you don’t mind the trade-off at that moment and you truly want to.This simple understanding reframes what actually drives you to make fitness and health decisions and eliminates the stress, failure, and pain that accompany them.