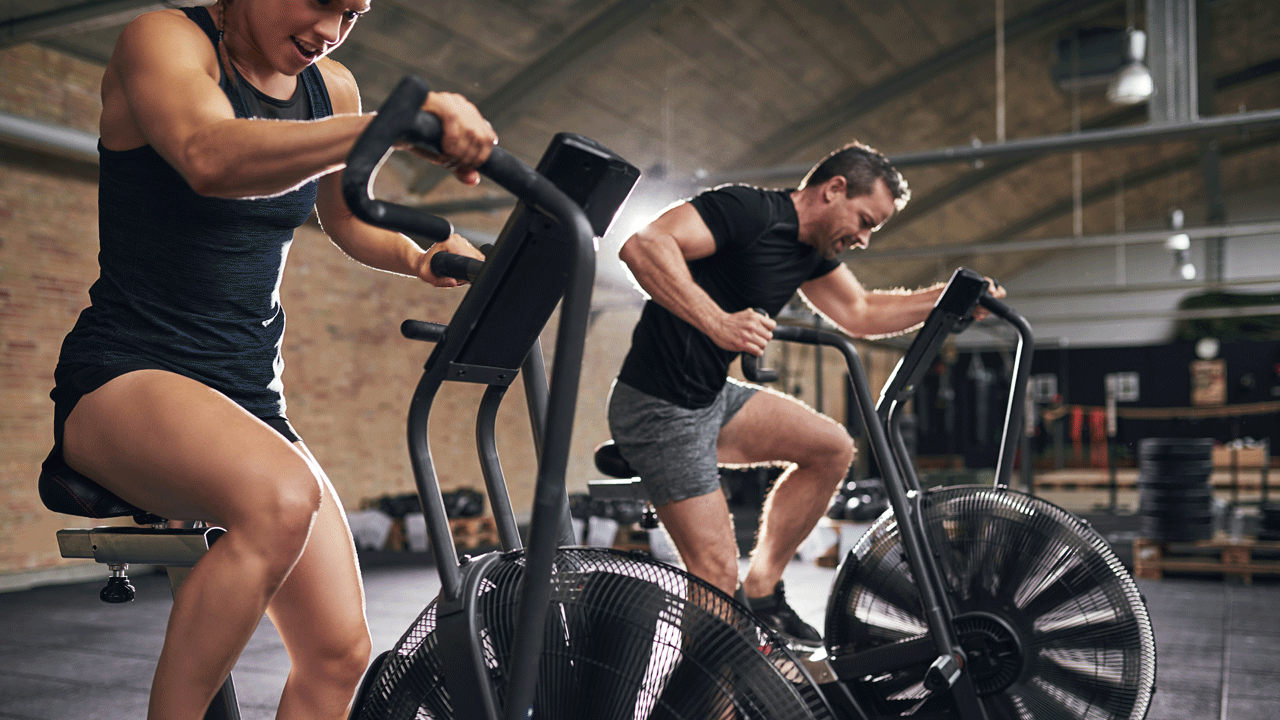 Yup it is totally true. Focusing on cardiovascular activity for fat loss is a fantastic way to fail at fat loss. Before I explain the reason for my shocking statement let me give you some background history.

I have been a professional in the fitness industry for over 20 years. I have seen every fad diet and workout plan you can imagine. Most of them are simple re-hashes of old ideas. Although fads come and go and return again most peoples goals tend to be the same. The number one goal for men and women when it comes to exercise is fat loss hands down. Nothing else comes close. This makes sense when you consider the average American is fatter today than they were yesterday and the obesity epidemic doesn’t show any real signs of slowing down. A large part of the reason for this exploding epidemic has to do with diet.

However, the other side of the coin has to do with lack of activity…or so we thought. We have been told that if we just moved more we should be able to keep fat away no problem. Except this isn’t true. Study after study has demonstrated that exercise alone is a terrible way to lose fat…its extremely ineffective. Should we just give up?? HELL NO. Its not that activity doesn’t work for fat loss…its that the WRONG type of activity doesn’t help.

Ask any trainer who has worked in gyms for longer than a decade what a “cardio bunny” is. They will likely smirk and know exactly what you are talking about. A cardio bunny is a person who comes into the gym religiously to use a piece of cardio equipment for an hour or more every day. They all also look the same…very little muscle and flabby. None of them are lean. In fact, most of them have excess body fat. Why?  It’s all about the signal…

We have been told that the way exercise can help with fat loss is because moving vigorously burns more calories than being inactive. Although this is true this is only part of the story. Yes moving burns calories but it also does something else much more important…it sends a signal to the body. That signal tells the body to adapt.

When you exercise with sufficient intensity it is a stress to the body. The body senses this stress signal and it aims to become more resilient to this stress so that next time the same activity doesn’t produce the same stress. This is why you get better at exercise when you are consistent. When you first do cardiovascular activity you breath hard, your muscles burn and it is just plain difficult but over time it gets easier…this is your body adapting.

Now that you get the idea lets consider what type of adaptation your body is going through with lots of cardio. Cardiovascular exercise burns more calories than any other form of exercise hands down. This is a good thing in the short term but it’s a terrible thing in the long term. Your body doesn’t want to burn tons of calories.  Remember your body is the product of thousands of generations of evolution and for the vast majority of this time food was very scarce.

Imagine if gas was SUPER expensive…like $150 a gallon. Would sales of V8 trucks drop?  Of course they would. Instead you would see sales of super efficient car sales go up or people would use public transportation or just walk. We would have to adapt our behaviors to make up for the “signal” of expensive gas.

This is what happens to the body with cardio. Because it burns a lot of calories your body “learns” to burn less both during activity and especially when you are sedentary. Since cardio vascular activity doesn’t require lots of muscle your body simply reduces muscle mass as part of this adaptation. This is why long distance runners have skinny stick legs. In fact over time doing tons of cardio will even change hormone profiles to further slow your metabolism down.

Tons of cardio SLOWS DOWN YOUR METABOLISM. This is why when you do lots of cardio you lose weight at first…but then it all comes to a grinding halt. Your body has become more efficient and is literally HOLDING ON to body fat to make you better at storing calories and it becomes better at burning LESS calories.

Don’t freak out…there is a different form of exercise that does the exact opposite. WEIGHT TRAINING. When you lift weights you send a signal as well…except this time the signal says GET STRONGER. With PROPER weight training your body prioritizes strength over becoming efficient with calories. As your muscles strengthen and build, your metabolism speeds up and this process continues overtime so long as your workout programming is ideal.

I have literally seen people amplify their calorie burn over the course of 6 months by 20-50 percent! In fact this is the norm! Imagine burning more calories AUTOMATICALLY. Imagine having a faster metabolism. It makes fat loss and keeping fat off so much easier.

This doesn’t mean you should never do cardio. It does have its health benefits however if your goal is fat loss and you are not an endurance athlete cardio should NOT be the cornerstone of your routine. A couple 30-minute sessions a week or some long walks is perfect for health.

Instead make weight training your cornerstone and watch what happens. Fat loss will start off slow but as your metabolism amps up it will speed up and the likelihood you STAY lean increased dramatically.