Are There Any Supplements That Will Actually Help You Lose Fat?

Are There Any Supplements That Will Actually Help You Lose Fat? 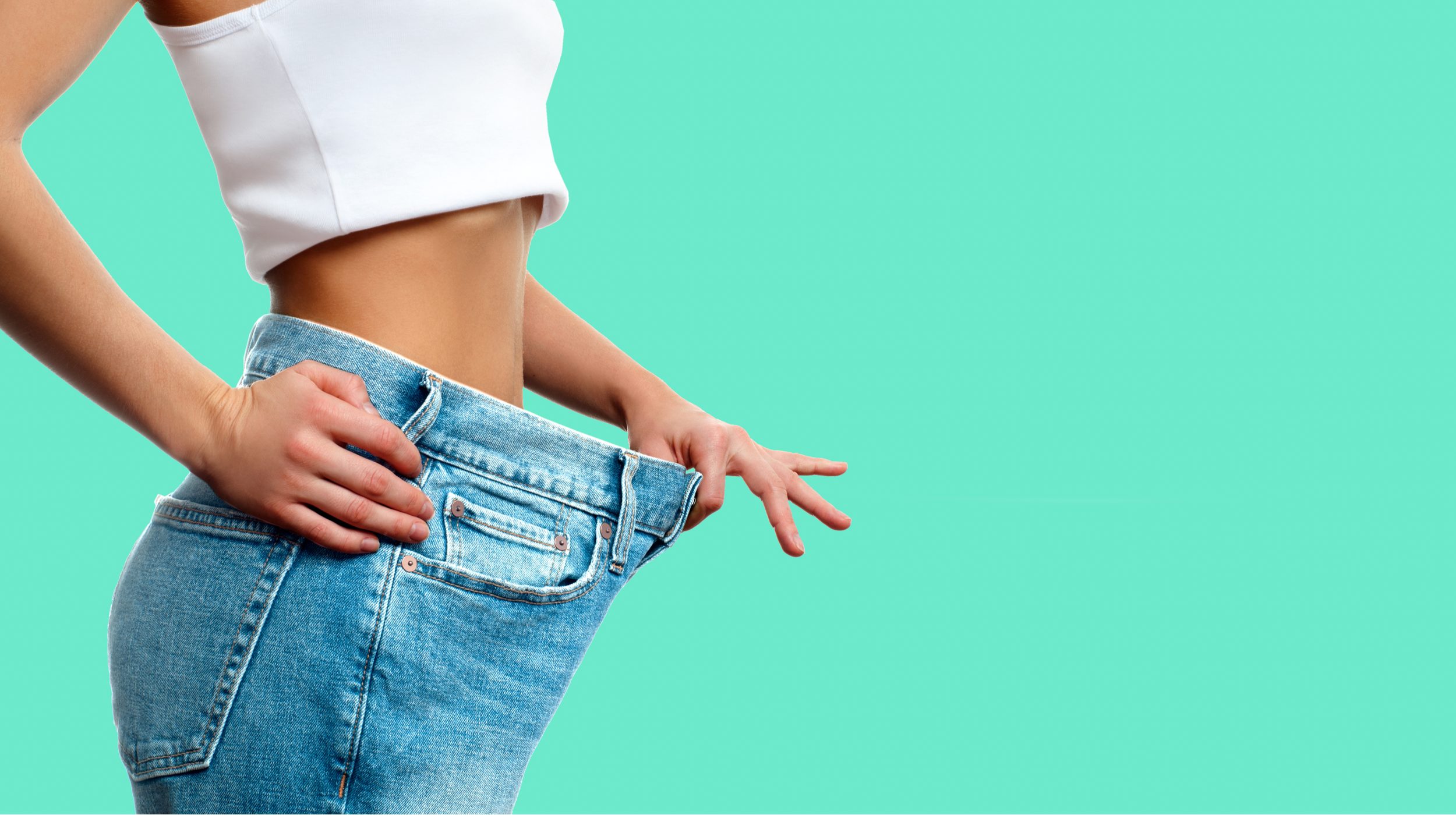 First, I’ll lay it out plain and simple: the ONLY way to lose fat is to eat less calories than you’re burning, or achieve a caloric deficit. By that definition, anything that is helping you achieve and maintain a caloric deficit is technically helping you lose fat. This includes your food choices, meal timing (in reference to your daily activity), workout intensity, and sometimes supplements, among many other things. Your diet and training will determine 70-90% of weight loss and both should be prioritized and perfected before even thinking about fat burners. But with promotion of new fat burners every day (and the re-branding of Sweet Sweat, a “fat-loss” product from the 1980’s that has resurfaced lately), I figured it’d be important to discuss supplements that claim fat loss properties.

How do these products work? Are they actually effective? And could you achieve similar results using different, more cost-efficient, methods? In this article I will cover how commercially branded fat burners are formulated and marketed then present research on some of the most commonly purported fat burning ingredients, hopefully empowering you to make informed decisions on these supplements.

By and large, most commercially available fat burners are formulated by combining high doses of caffeine with a handful of other ingredients whose effectiveness is questionable. There seems to be no real scientific consensus on how these supplements are formulated. For example, caffeine content can range from 50mg to 600mg between different supplements whereas many fat loss studies only use 50mg-100mg. This is not uncommon; many other types of supplements tend to over dose caffeine (because it’s a cheap stimulant that makes you feel noticeably different) and under dose other, arguably more important ingredients (read more about sports supplements in general here). Further, many of the claims made about these additional ingredients are based on limited human studies (as few as 1 study in some cases) or based on experiments performed only in mice or rats.

Some of these other ingredients include L-carnitine, forskolin, taurine, capsaicin, ephedrine, and green tea extract. I’ll get into the effectiveness of these ingredients in the next section, but something important to notice is that many supplements claim that these ingredients have “additive effects”, meaning that while studies may not show them to be effective on their own, they’ll definitely work if you combine them with (insert weird plant you’ve never heard of here). This is just untrue and it’s a ploy often used by supplement companies to get around the fact that many of the ingredients included in their products are ineffective.

Caffeine is a central nervous system stimulant, and although has many documented mechanisms of action, is most commonly known for its ability to irreversibly block adenosine and effectively reduce drowsiness. It is well-documented that caffeine increases resting metabolic rate and increases energy expenditure in human trials. Also, from a psychological perspective, its role as a stimulant tends to promote increased energy expenditure, making it easier to achieve/sustain a caloric deficit.

Short-term studies often show that caffeine can increase energy expenditure and reduce food intake, but long-term studies have had difficulty demonstrating that these observations manifest as fat loss over time. One thing to take into consideration is that over time you can build up a tolerance to caffeine, and this is reflected in the human studies. In the context of fat loss, these data suggest the importance of caffeine cycling, which may reduce insensitivity and help realize the fat loss effects seen in short-term studies.

Caffeine is by far the most studied sports supplement and its ability to bind or modulate many different receptors gives it the propensity to aid in numerous processes, including strength training and fat loss. Consequently, I would conclude that caffeine is one of the most effective compounds you could supplement to help shed fat. The recommended dosing of caffeine for fat loss is variable, but the recommend dosing for performance is 2-6mg/kg bodyweight which encompasses most of the values used in fat loss studies.

Another ingredient that is often included in fat burners is green tea extract (GTE). The active compounds in GTE that have purported fat loss properties are polyphenols such as picatechin, epicatechin gallate, epigallocatechin, and epigallocatechin gallate. It’s thought that these compounds may stimulate thermogenesis and fat oxidation by inhibiting an enzyme that degrade norepinephrine, an important hormone in regulating blood glucose levels and indirectly fat metabolism.

There is some research that suggests GTE has fat loss properties, especially when combined with caffeine. However, there are also studies that find that GTE has no effect on resting metabolism. I hypothesize that perhaps caffeine-containing GTE products may be providing a false-positive in some of these studies, and caffeine is actually altering rest metabolic rate and helping subjects realize fat loss rather than GTE playing a part. Conversely, GTE containing caffeine has a greater effect on energy expenditure than its caffeine content alone, suggesting that there may be more than just a caffeine response. Ultimately, there is not much agreement on whether or not GTE, or more specifically the polyphenols contained within GTE, have fat loss properties. For this reason, I would not place GTE in the same class as caffeine, where most of the data agrees on its fat loss benefits, but GTE has been shown to be safe and some studies show it to be efficacious, so perhaps give it a try and see if it works for you.

Capsaicin is a principle component of red hot peppers and has been shown to promote thermogenesis in the brain stem, suggesting it may have these properties elsewhere, and increase energy expenditure through binding to the b-adrenergic receptors. Additionally, capsaicin has been shown to decrease ad libitum food intake and increase lipid oxidation.

The majority of data agrees that capsaicin does have potential fat loss benefits, primarily through its role as a b-adrenergic agonist. The form and dosing of capsaicin varies between studies, with some adding capsaicin to meals in the form of red pepper flakes whereas some studies provide subjects with supplements such as Capsimax. I would recommend checking out the Capsimax product in this case because it has been tested in human trials using controlled dosage that you could be consistent with.

Other than the three mentioned above, there isn’t much data to support that any other compounds actually aid in fat loss. Even so, caffeine, green tea extract, and capsaicin aren’t magic. As I stated before, and I can’t stress this enough, the overwhelming majority of fat loss will be achieved through proper nutrition and training that complement one another. Fat loss supplements should be treated as any other supplements, something that supplements an already existing, and effective, regimen. If you are relying on supplements to help you achieve a caloric deficient, you’ll probably never realize healthy and sustainable fat loss.

Luckily, MAPS programming is perfect place to foundational and advanced programming that will help you build muscle and burn fat.

Blaide graduated from Eckerd College in 2017 with a B.S. in Molecular Biology. From 2013-2017 he participated in multiple diverse research projects at different institutions across the United States. This included conducting cancer research at Harvard Medical school, investigating the role of oxidative stress in Duchenne Muscular Dystrophy at the Baylor College of Medicine, and culminated with an undergraduate thesis at Eckerd, exploring the role of oxidative stress in Parkinson’s Disease. Blaide is currently a second year PhD student at the University of North Carolina Chapel Hill where he conducts research on the molecular mechanisms giving rise to HIV infection of the brain. Outside the lab, Blaide has a passion for evidence-based fitness and nutrition and science communication. He has worked as a personal trainer and still creates pro bono fitness and nutrition plans for a diverse set of clients. Blaide also writes for multiple graduate blogs, including one sponsored by the National Institute of Health, and co-created a diverse science communication website called PassioInventa (piphd.com). In the future, Blaide hopes to use his strong foundation across scientific disciplines to work at the interface of science and business as a Life Science Consultant or Medical Science Liaison.