Why you should almost NEVER take Advil, Aleve, or Aspirin (NSAIDS) before or after exercise

Sal Di Stefano on May 18, 2016
END_OF_DOCUMENT_TOKEN_TO_BE_REPLACED

Why you should almost NEVER take Advil, Aleve, or Aspirin (NSAIDS) before or after exercise 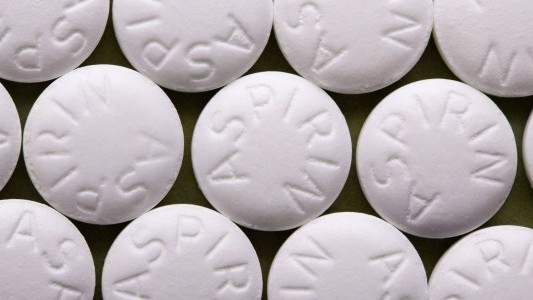 Taking NSAIDs before or right after strenuous activity is incredibly prevalent…in fact, some personal trainers and athletic coaches actually recommend that their patients do so to “reduce inflammation” and help “facilitate recovery.” This is horrible advice for most healthy people. The truth is that the science overwhelmingly supports THE OPPOSITE. Yes it’s true, there are many studies that show that taking NSAIDs before, during or right after exercise actually results in less muscle adaptation (muscles getting stronger, faster, bigger, etc.) and over time their use actually contributes to the ACCELERATION of soft tissue damage. Before we get into this, I want to cover what NSAIDs are and how they work.

NSAID is an acronym for Non-Steroidal Anti-Inflammatory Drugs. These include over the counter drugs like ibuprofen (Advil), naproxen (Aleve) and Aspirin. There are also prescription drugs that are considered NSAIDs like Voltaren, Relafen, Naprosyn, Lodine, Indocin, and Daypro. NSAIDs work by reducing the Cox-1 and Cox-2 enzymes which have a key role in making prostaglandins.  What this means in simpler terms is that the body’s natural system of inflammation and pain becomes blocked since prostaglandins play a key role in the modulation of inflammation. Less inflammation and pain sounds good right? Not so fast…

You see, inflammation is a VERY important signal that the body relies upon to tell it where it should send resources to heal, repair and even adapt and without this important signal, your body simply would not recover well from any trauma.  Because exercise works by creating a small amount of trauma, which facilitates a recovery reaction and eventually adaptation, exercise LOSES some of its effectiveness in the presence of NSAIDs. In fact, studies have shown that the long-term use of NSAIDs with exercise actually REDUCE protein synthesis (muscle growth) and one study in particular showed a decrease in strength!

Inflammation, when unchecked and unbalanced, is at the root of almost all chronic diseases, however, completely BLOCKING the inflammatory process is not a good alternative. Instead, you want to make sure to have a HEALTHY inflammatory response. How do we do this? Through proper diet and exercise!

Foods high in sugar, wheat, dairy, processed meats, alcohol, and diets low in vegetables create an “unbalanced” inflammatory response. The average diet is also low in omega-3 fatty acids so, for many people, supplementing with omega 3 fatty acids reduces systemic unbalanced inflammation. There are also natural foods and herbs which balance out inflammation. Turmeric is on the top of the list as it is supported by the most clinical research.

The improper application of exercise also creates too much inflammation in a few ways. Muscle imbalances cause joint disfunction and overuse syndromes which produce too much inflammation for the body to deal with. This leads to chronic pain. The same is true of the over application of exercise intensity. Work out too hard and too much and inflammation is “over produced” making dealing with recovery a priority over adaptation (see Muscle Breakdown/Recovery Trap). The right kind of exercise will produce the right kind of inflammatory signal, which will result in stronger muscles.  In fact, the right balance of prostaglandins is quite anabolic… They signal muscle adaptation!

Of course NSAIDs have their place. For acute injuries they provide relief and are well tolerated for short term use. For chronic long term pain, however, they can be detrimental. Instead of reaching for that bottle of Advil, seek to find the root of your pain. Is your diet causing inflammation? Are you exercising properly with measurable positive results and increases in performance? Those are the questions you should ask yourself instead of relying on modern chemistry to mask your pain.

I designed my program MAPS Anabolic to strategically stimulate an inflammatory response that contributes to muscle adaptation and growth without the negative effects that come from excess inflammation.  To learn more about how MAPS accomplishes this, this click on this link for an informational video.