What To Do About Lagging Body Parts

What To Do About Lagging Body Parts

One of the most frustrating things that people encounter when they are on a consistent fitness journey has got to be when dealing with “lagging body parts.”  This is when you train your body and everything seems to change and respond to the workout relatively well except there is that one area that just doesn’t seem to change AT ALL.  This was one of the top complaints I would get from experienced clients who would hire me.

If I didn’t see this first hand as a personal trainer I wouldn’t think it was a real thing.  It's almost logical to think that if you train the whole body equally with the same volume, focus and intensity it should all respond the same way but this simply isn’t the case.  Most people have a stubborn or lagging body part…however just because it's common doesn’t mean it’s a necessary frustration. Aside from genetic differences in muscle length and shape there honestly shouldn’t be any reason why this occurs.  In fact if you employ the following techniques to your lagging areas you will find that they respond much faster than they did before, and maybe even just as well as the rest of your body.

The top reason why a specific muscle doesn’t respond is lack of connection.  When performing the most effective muscle building compound gross motor movements (exercises that use more than one joint like squats or bench presses) you are calling upon and activating many muscle groups.  Let's use the bench press for example. Although the pecs are arguably the prime movers in the bench press, the shoulders and triceps are also major contributors to the lift.

Here is the problem with compound movements…your brain doesn’t know you are trying to “hit a muscle group.” All it understands is “lift this weight from point A to point B” and it will do so IN THE MOST EFFICIENT AND EFFECTIVE WAY it knows how.  In other words your brain receives the signal to lift and it picks the best way it knows…which many times is the way that uses your weak or lagging body part THE LEAST. 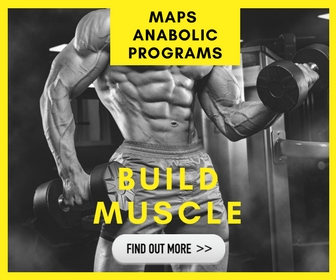 Back to the bench press…if your chest is a weak and lagging body part it will likely be used much less than you would like it to be used.  Even though the bench press is one of the best chest building exercises on earth, if your brain knows your chest is weak it will call upon your shoulders and triceps to do the work.  Do this enough times and you develop a “muscle recruitment pattern” that becomes the default way you bench press. You get stronger and stronger in this default pattern and your chest just lags further and further behind.

The only way to reverse this trend is to prime your chest BEFORE you bench press so that it fires more fully.  Priming is a fancy term we use to describe what we do before our main lifts to maximize the desired outcome of said exercise.  In the case of the bench press, the goal is to build the chest to its fullest capacity. Basiclly we want to prime the chest to fire and do more work.  In this situation I would use an aesthetically motivated type of priming.

Aesthetic priming is when you hit a body part with a hard squeezing isolation movement BEFORE doing the heavier compound movement.  With the example above a good option would be to do cable crossovers with an emphasis on the squeeze for a few sets before the bench press.  Doing this first helps get the target muscle more involved and it helps the trainee “feel” the target muscle while doing the compound movement so that they can adjust their form to become more effective for their goals.

The shortened portion of the isolation movements (the squeeze) seems to be the most important part of the exercises done to prime muscles.  In my experience its in the shortened portion that a lagging body part is weakest or, in different terms, where it is the most disconnected.  This is why I have clients hold the squeeze for 1-2 seconds after each and every rep during their priming movements.

Here are some great aesthetically driven priming movement examples for every major muscle on your body.  Try using them at the beginning of your workouts to bring up lagging areas.