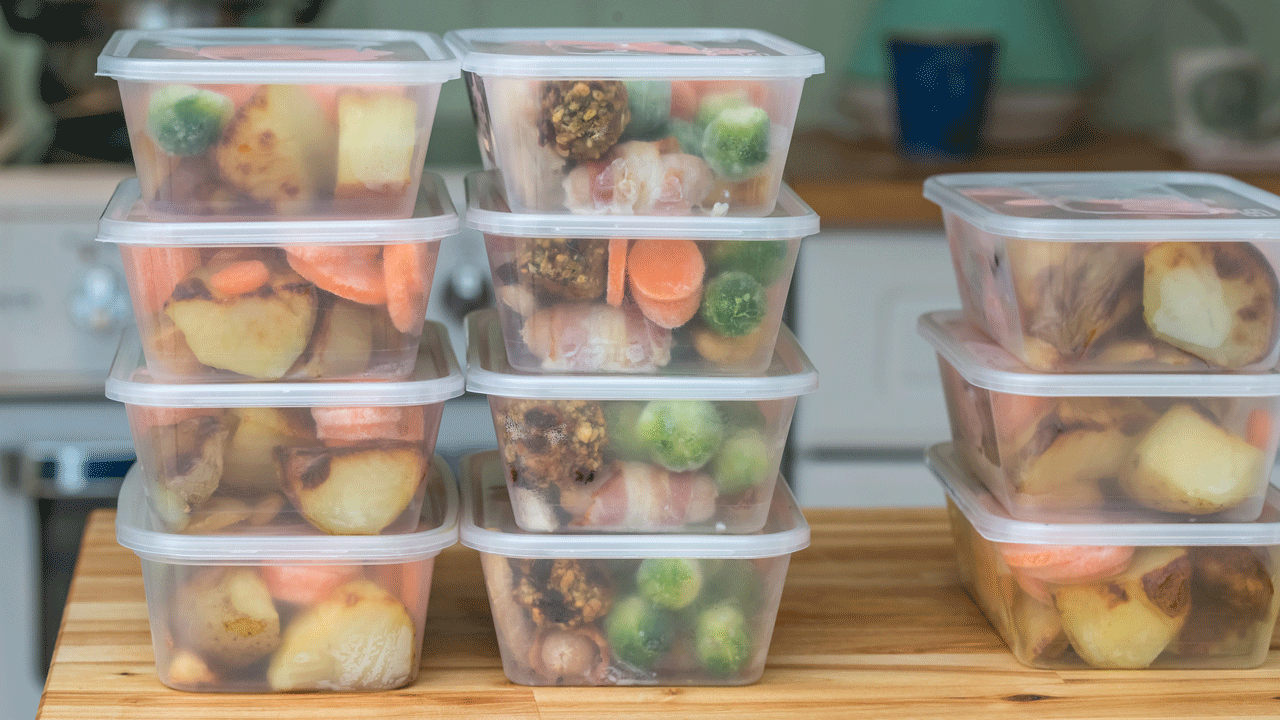 We have all heard the following statements…

“If you don’t eat frequently your body will go into starvation mode and it will store fat!”

“If you don’t feed yourself protein every few hours your muscles will become catabolic and will deteriorate.”

“Eating small frequent meals is best for energy and it staves off hunger!”

We have heard these statements so many times it has become accepted as truth.

Well, guess what? ITS JUST MORE BULLSHIT! Yes, you have been fed a line of crap for years and it all started with breakfast cereals…  I will tell more about that in a moment, but first a personal story…

For over 12 years I ate every 2-3 hours RELIGIOUSLY. Even while running my busy personal training/wellness studio I was extremely consistent. I can be incredibly obsessive about my goals…I RARELY missed a meal. However, I always found that when I wanted to get really lean (sub 8%) I had a very tough time. Now this is to be expected…getting that lean IS hard, however, for someone like myself who can become obsessive with laser-like focus I was frustrated with just how difficult it was. I was super hungry all the time and my energy was always low. I relied on stimulants like coffee and caffeinated drinks to power through my day and my workouts. Then one day I came across an article discussing the benefits of short fasts… going for 8-14 hours without any food. Normally I would immediately discredit articles like this, however, it was backed by solid research and the fitness forums online started filling up with personal accounts of the benefits of eating INFREQUENTLY. Then I thought to myself, eating infrequently made total sense. Humans evolved for the most part eating very infrequently…no caveman had the pleasure of having food available 6 times a day.” This is when I started to dig deeper…and what I found was very enlightening.

There are NO STUDIES supporting the recommended “eat every 2-3 hours” dogma. None. Zero. Zilch. Matter of fact, I found the opposite to be true. Study after study showed a health benefit to eating less frequently…lower overall blood sugar, a faster metabolic rate and even increased protein synthesis!

So one day, to test the short-term fasting concept, I ate a very small breakfast and fasted until dinner. I expected the worst. I thought my workout would suck and I would die from hunger pangs. Instead the opposite happened…I felt MORE energy and I was not hungry! After 4 weeks of eating in this fashion I had gotten leaner, faster than ever before. My performance in the gym improved and I felt HEALTHIER.  What’s even better is that I had broken the chains of the multiple meal fallacy…I didn’t have to lug food around with me everywhere and I could finally RELAX when going places.  This was HUGE for me.  Who in the hell wants to worry about eating perfectly portioned meals every 3 hours…it’s a nightmare.

So how did this fallacy come to be?  Believe it or not, it all started with the breakfast cereal companies.  Before the 1860’s (when cold cereals were invented), most people did not eat breakfast.  Most people would wake up, barely eat anything or nothing at all and go about their day.  The main meal was eaten early in the afternoon and not very much food was consumed afterwards.

Much later on, protein powders and protein bars were introduced.   In order to sell more of these products, the manufacturers of these bars and protein powders began promoting that eating frequently throughout the day would build more muscle and promote weight loss.  These assertions were based on shoddy science but from a marketing standpoint their claims paid off.  A billion dollar industry was created.

Now lets look at evolution…for the vast majority of time on Earth humans ate whenever they could get food.  They didn’t have refrigerators for food storage and food was very difficult to come by.  For most of human evolution, humans ate very little until they killed something or came upon a cache of edible plants…then they GORGED.  This is how the human body evolved eating and the science now supports that eating infrequently is actually better for you.

So what about the science?

First off, eating small meals DOES NOT speed up your metabolism.  Let me explain…

When you eat you do create what is called a thermic effect, which means your metabolism heats up and you begin burning more calories.  This fact is what the bar and powder manufacturers have used as scientific “proof” to verify their claims that eating more frequently boosts your metabolism.

The second point I want to explore is the whole idea that your body goes into “starvation” mode if you don’t eat every 2-3 hours.  The reality is that this belief is NOT supported by ANY science.  Starvation mode takes a LOT longer than 10 hours or even 48 hours.  This “calorie sparing effect” does not concern you unless you go days without food.

Furthermore, blood sugar in healthy individuals has been shown to be LOWER overall with infrequent feedings! You heard that correct…eat too frequently and you attain a higher blood sugar level average over the course of the day. Studies are showing that short fasting periods actually make you HEALTHIER.  Eating less frequently has been shown to induce a cellular clean-up process known as autophagy, which means your cells get rid of waste faster and remain healthier. This in turn has been shown to increase life span and reduce total body inflammation and cancer risk!

Finally, let’s take a look at the idea that your muscles will deteriorate if you don’t feed them frequently.  This is a joke and, in fact, studies now show the opposite effect.  It has been shown that frequent protein feedings actually desensitizes the body to protein and lowers its rate of protein synthesis.  In other words, your body becomes less efficient at utilizing protein for muscle recovery and muscle adaptation…NOT GOOD.

So what is my advice?  Eat less frequently.  Maybe 2 meals a day or, if you are burning a ton of calories due to a strenuous lifestyle or workout regimen, try 3 meals.  I personally eat very little in the morning…maybe an apple and have a small protein shake post workout at around 2 pm.  My main meal is at night when I come home from work at around 8pm and eat a very large, healthy and satisfying meal.  Try eating less frequently and see how you feel…you might be shocked at how much more convenient it is and how much better your body responds.

Leucine, glucose, and energy metabolism after 3 days of fasting in healthy human subjects

Enhanced thermogenic response to epinephrine after 48-h starvation in humans