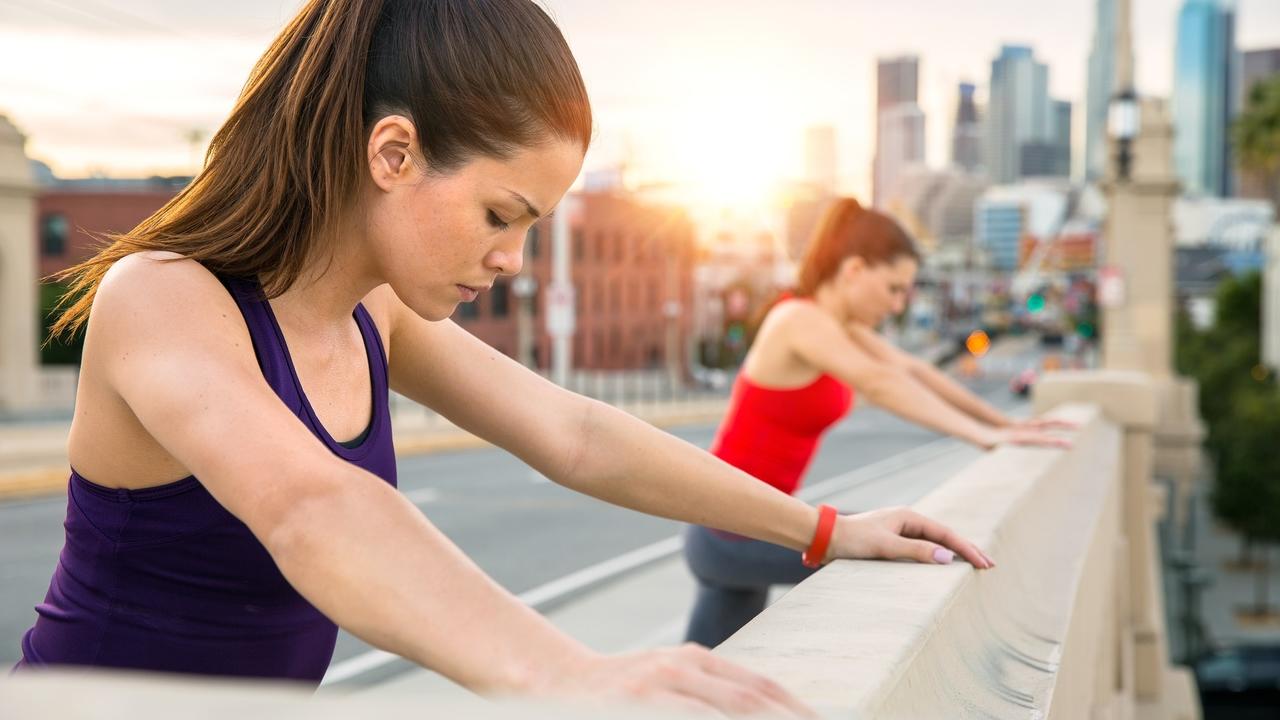 To discuss the role that inner strength plays in determining outer strength, I would like to share an experience from my life that greatly exemplified this for me. In 2016 I decided to train to become a bikini competitor, and while in many ways it was an exciting and rewarding time, it was also extremely challenging mentally, physically, and emotionally. During my training I competed in two shows; the first show was relatively smooth and my body worked with me, but by the time the second show rolled around, it was way more difficult to find motivation and to get my body to cooperate. I started to feel really inauthentic, and it got to a point towards the end where I had an internal struggle and was feeling emotionally weak and doubtful. I could see and feel the physical effects of this inner turmoil, almost as if my mind was dictating my body’s ability to continue on.

So, why did it feel inauthentic? Let me start from the beginning. I have always been one to challenge myself in all aspects of my life, and my physical body was no exception, so I decided that I wanted to put it to the ultimate test by entering a bikini competition. Although I was restricted with my food, was working out more than usual, and sacrificed my social life a bit, overall my first show was a really positive experience and it did not take that much of a toll on me mentally or physically. However, getting 4th place my first go-around wasn’t good enough for me (I’m a bit of a perfectionist, can’t you tell?) and I wanted to see if I could do better. So, I started training for another show just a few months later, a decision which was fueled solely by ego.

My body wasn’t responding the way it had during my first training, despite the fact that I was just as disciplined--if not more so-- and followed the exact same routine. I decided to work with the same coach that I had been successful with the first time, however when my body started being unresponsive, we had to take drastic measures that I wasn’t really comfortable with. We increased my cardio to an exorbitant amount (twice daily, six days a week sprinting and fasted steady state running), cut my calories to around 1100-1200 (something I only did the last week of prep the first time around but this time started six weeks out), and made a meal plan that basically consisted of only fish and asparagus for breakfast, lunch, and dinner. In other words, it wasn’t healthy or fun. As a coach myself, it started to feel extremely inauthentic and as if I was completely ignoring my body’s needs. For example, my entire personal philosophy revolves around a higher fat diet, and I was only allowed to have 1 teaspoon of fat a day! I also knew that weight loss doesn’t correlate with super restricted calorie intake as most people think, yet I was doing it anyways. Having said that, I felt in a predicament because I didn’t feel comfortable coaching myself through this sport, so I could either quit or continue doing what I was being instructed to do. I decided to push forward, despite it causing a major internal struggle because my inner voice was at war with my actions and behaviors.

Because my mind and motivation was shutting down, my body began acting in kind-- it simply refused to produce the results that I was training it for. However, once I figured out how to reframe the mental aspect, and to make something that seemed ingenuine feel authentic, I was able to rediscover my inner strength and dig deep to persevere despite the disconnect. It is important to mention that I did not feel forced in any way to keep training; I would have had no issue quitting and it wasn’t a matter of fearing failure, but I felt like there was a lesson to be learned from harnessing my inner strength to push myself forward. Because I was so close and had put myself through so much, I felt that I owed it to myself to shift my perspective and reignite my drive to make the whole experience worth it in the end. I felt that I could really learn and grow from this opportunity to hone my inner strength, and I used acceptance to acknowledge that it was not a permanent way of life and that I was not compromising my values on health and wellness-- there was something much bigger than that at play. From this experience, I found that when I had mental strength, I could push myself through any intense physical rigor-- and this was an important lesson to carry forward in other areas of my life. I was motivated to continue because I knew that, looking back, I would use this as a reminder of the importance of inner strength.

After sharing my experience, I feel that I should mention that I am by no means bashing the body building industry, I am just providing the backstory of what it took for me to find my inner strength. There are alot of people who have overwhelmingly positive experiences, and do not have to go through the same drastic changes that I did-- that is just how the story went for me because my intentions were inauthentic and therefore my mind and body were at odds. Once I became aware of this misalignment, I chose to be at peace with the situation and to garner all of my inner strength to push my body and my mind forward, rather than giving up. It’s also worth mentioning that there is a difference between justifying and accepting. Some could call my decision to move forward a justification to satisfy my ego’s desires to do better, but for me it truly was just about accepting the situation and bringing my inner and outer world into alignment. Despite the battle that I felt with myself, there was a larger message of perseverance and restoring my inner strength. While this was one of the most challenging experiences of my life, it was necessary in order for me to recognize the power of my inner strength and use it to build my outer strength moving forward. And, in case you were wondering, I ended up taking home 4th place--again!--although the second time around I was satisfied because I had learned a lot in the process. Because I had this opportunity to learn and grow, I look back with appreciation for this valuable lesson and am proud of myself for finding the inner strength to see it through to the end.

Simone Krame is a lifestyle coach and founder of Conscious Living & Lifestyle, a lifestyle coaching business that helps people achieve their fitness, nutrition, and spiritual/emotional goals by creating a synergistic relationship between mind, body, and soul. This is what Simone refers to as Conscious Health. At the core of Simone’s approach is the belief that we must explore our inner landscape in order for sustainable, outer changes to occur. Simone works with clients all over the United States providing 1:1 coaching as well as community and corporate lectures and workshops on fitness, nutrition, and spirituality. Her mission is to empower people to live life to their greatest potential.